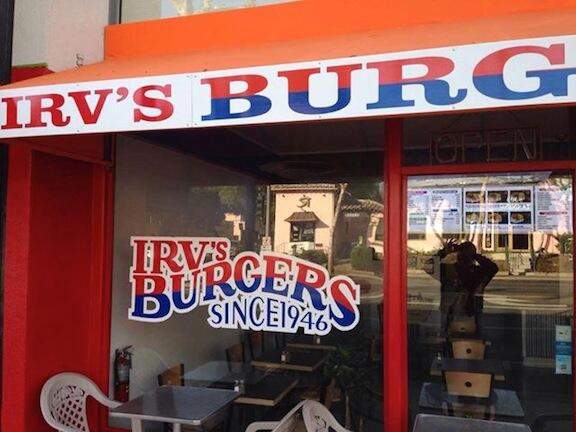 Irv’s Burgers reopened last week in West Hollywood, Calif., on Route 66, less than a half-mile east from its original place, according to several tweeters close to the matter.

Irv’s new location is 7998 Santa Monica Blvd. (aka Route 66), next to the Fubar tavern. Dave White snapped the above photo Saturday for his Twitter account to offer proof.

The Hong family that ran Irv’s Burgers, which stood at its former site since 1950, was served an eviction notice from the landlord during the summer and closed shop there Oct. 30. Developers had wanted to create a Beach Cafe lounge and restaurant on the site and had planned to merge the Irv’s Burgers building into the design.

George Motz, host of the Travel Channel’s “Burger Land,” cited Irv’s for serving one of the best burgers in the country. Motz exulted in the restaurant’s reopening Saturday and promptly posted this episode from two years ago:

It’s good to see that proprietor Sonia Hong also has returned to personalizing the bags in which the hamburgers are served.